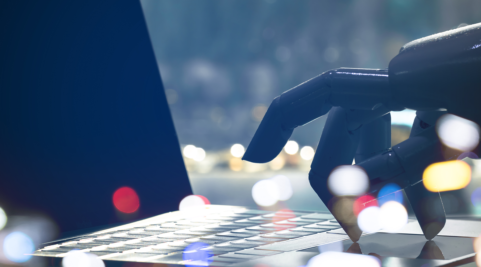 One of the largest pain points for large web eco-systems today is determining which accounts are used by good users and which are run by fraudsters. In fact more than 82% of businesses report that fake accounts are a major problem because they can exist for a variety of sinister reasons. They exist primarily to disseminate scams, commit credit card fraud, steal confidential information and spam your good users. Many of the scams of a fake account exist to target your users often for an account takeover of some sort.

Other times, these fraudulent accounts created en masse can be used to spread false information and push ‘fake news' across major social networks. This was how the US election was ‘hacked' in 2016. A false story would be circled up to a social network and then liked by thousands of fake accounts (bots) to push the story to the front page by tricking an algorithm. It's a new type of cyberattack and seemingly the largest social media networks in the world haven't figured out how to address it.

The good news is that fake accounts can be drastically reduced by implementing TeleSign identity solutions. First, any and all web platforms should implement 2FA. Multifactor authentication can block 100% of bot attacks and 99.9% of bulk phishing attacks. It will also stop the creation of most fake accounts. Specifically if a bad actor is creating fake accounts in bulk it will be very difficult to verify them all which a valid phone number.

However, there are some fraudsters that can find a way around that, but a TeleSign mobile identity solution such as Score can also help reduce fake accounts. Score uses the TeleSign data consortium, data science and machine learning to assign a risk probability to every phone number that attempts to enter an ecosystem. An example is that a free VOIP number could technically bypass 2FA, however, TeleSign's proprietary algorithm would use that knowledge (VOIP number/SIM farm/burner) to make a recommendation to the platform not to onboard that user.

By reducing fake accounts companies protect their users from account takeover and spam; furthermore they do social good by tamping down the amount of ‘fake news' that is on their platform and more broadly, the internet. To learn more about what companies can do to reduce fake accounts click here.

TeleSign has been connecting and protecting online experiences for over 15 years. We support 21 of the 25 largest web properties in the world and we're prepared to help you. Contact TeleSign now and learn more about how to keep your platform safe and your users real.